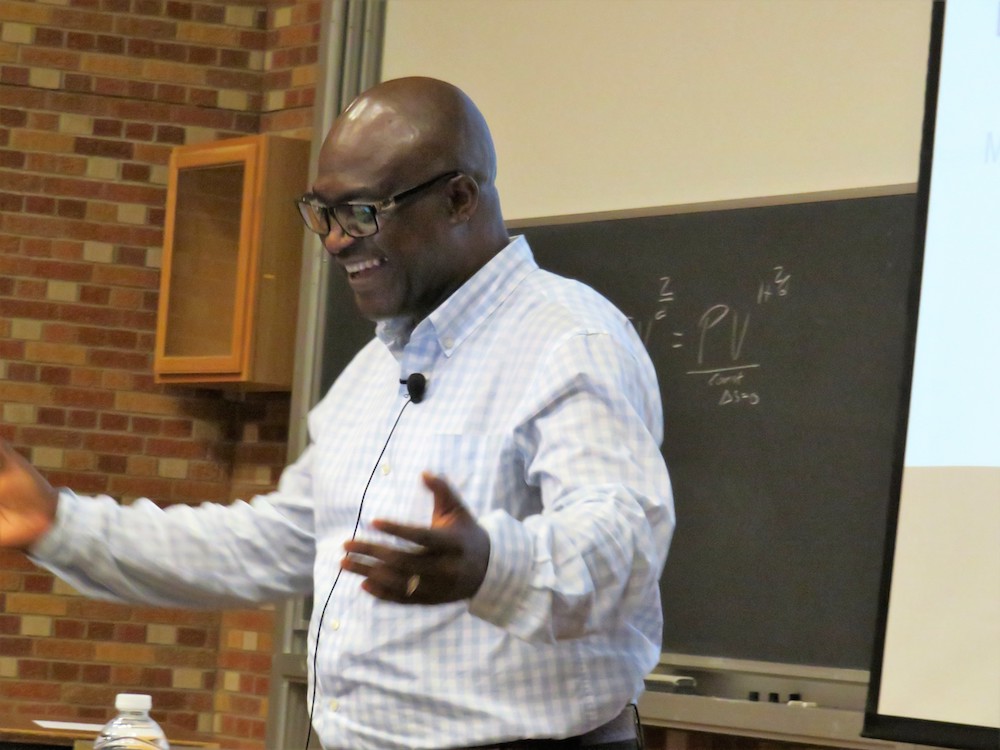 Uyi Stewart, Director of Global Development Strategy, Data and Analytics at the Bill and Melinda Gates Foundation, presented a talk on data science and social impact hosted by the University of Washington’s eScience Institute on May 23rd.

In his talk, titled “Data science, AI, and big data analytics for global good & social impact”, Stewart discussed his move as a data scientist from the commercial sector to the nonprofit world, his work on Africa’s Grand Challenges, and his transition to measuring the success of his work by its impact on people’s lives, rather than research outputs.

As Co-founder and inaugural Chief Scientist of IBM Research-Africa, the first commercial innovation lab on the continent devoted to far-reaching applied and exploratory research, Stewart led several efforts including using data science to increase financial inclusion for the poor, utilizing the Internet-of-Things (IoT) to manage consumer water supply and consumption, and discovering correlations between culture and infrastructure that impact the spread of Ebola.

Stewart described how the exponential growth of data in recent years sets the stage for a fourth industrial revolution, and cited statistics underlying Africa’s potential benefits. There are more mobile phones in Africa than adults, with an average of at least one prepaid cell phone subscription per person across the continent. Yet 80% of the adult population in Africa is unbanked and makes payments in cash, with difficulty establishing credit-worthiness due to lack of a digital footprint. Drawing on these disparate trends, the team formed a partnership with a bank in Kenya with access to customer payment data. This enabled predictions about credit limit and customers’ ability to re-pay loans. This program provided one answer to a question Stewart posed to the audience: “How do we collect data from folks who are poor and not in the mainstream?”

Now at the Gates Foundation, Stewart is leading efforts to support the use of data for decision-making as a public good and leveraging big data analytics to inform strategy. To facilitate these efforts, he aims to coordinate improvements to data quality and curation, and thereby reduce the proportion of time that data scientists often spend on data cleaning downwards from the current 80%. This will accelerate one of his main goals: to empower Africans to tell the African story, which has been told using inaccurate statistics for too long.

The talk, part of the eScience Institute’s UW Data Science Seminar series, was co-presented by the Urbanalytics unit and the DataLab (Information School), and the Interactive Data Lab (Computer Science & Engineering). Slides are available here.